MEET ME IN KLAMATH

Klamath County came to us to help them up their profile in the very competitive world of Northwest destination marketing. We did some in-person research and quickly realized that the greatest thing about Klamath County was, in fact, all of Klamath County. And then we realized that in order for other people to realize what we’d so recently realized, all that needed to happen was for them to go to Klamath too. And thus was born the “Meet Me In Klamath” campaign. 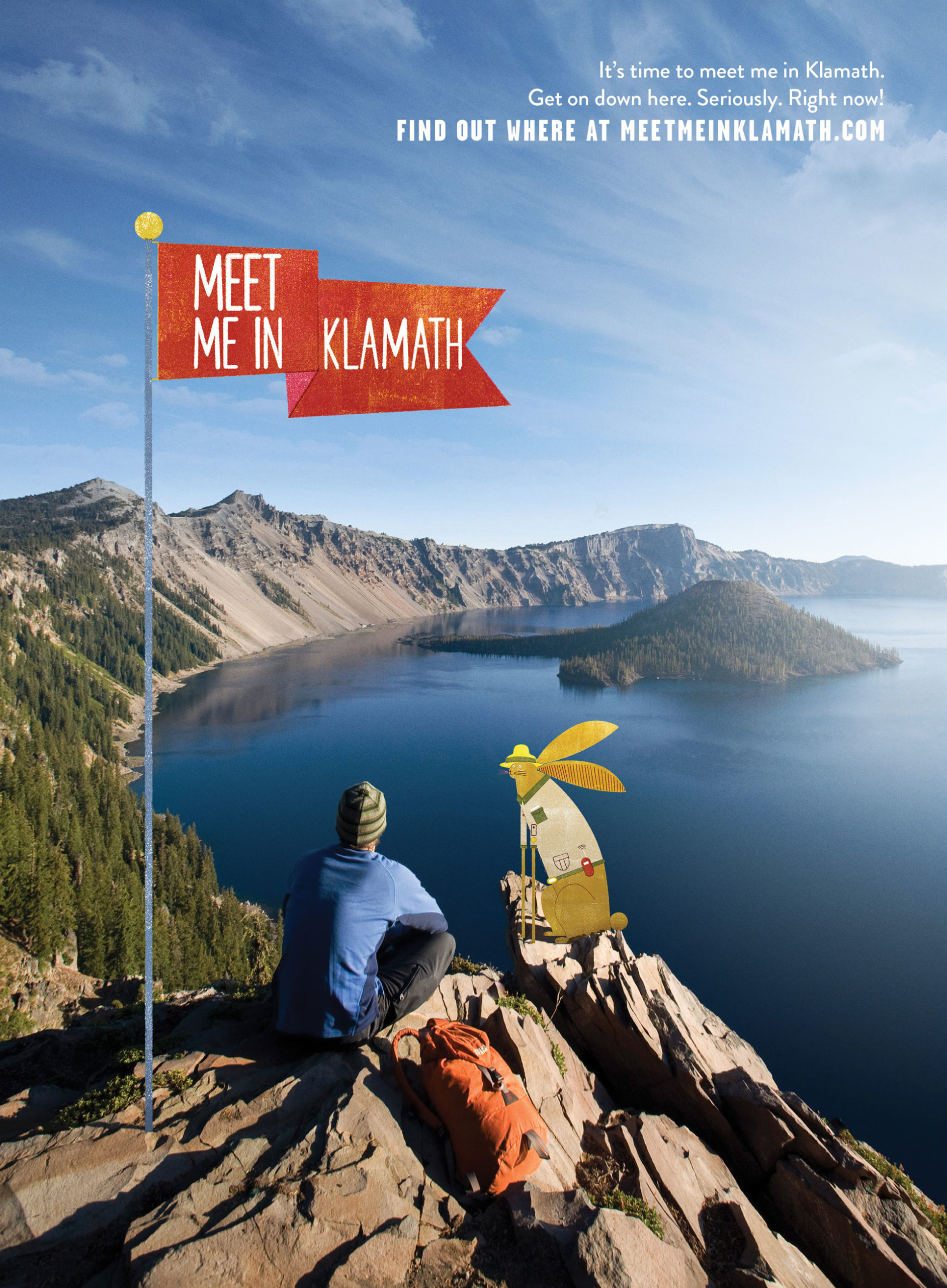